The University of Michigan College of Engineering just released the Fall 2012 issue of EECS News, which contains an article about alumnus David Tarver.  This article was written shortly after the May 31, 2012 Proving Ground book release party at Tallulah restaurant in Birmingham, MI.  A few weeks earlier, the EECS (Electrical Engineering / Computer Science) department conducted an interview with David.  The just released video is below, followed by the EECS News article.  Click on the article image to read the full-size PDF. 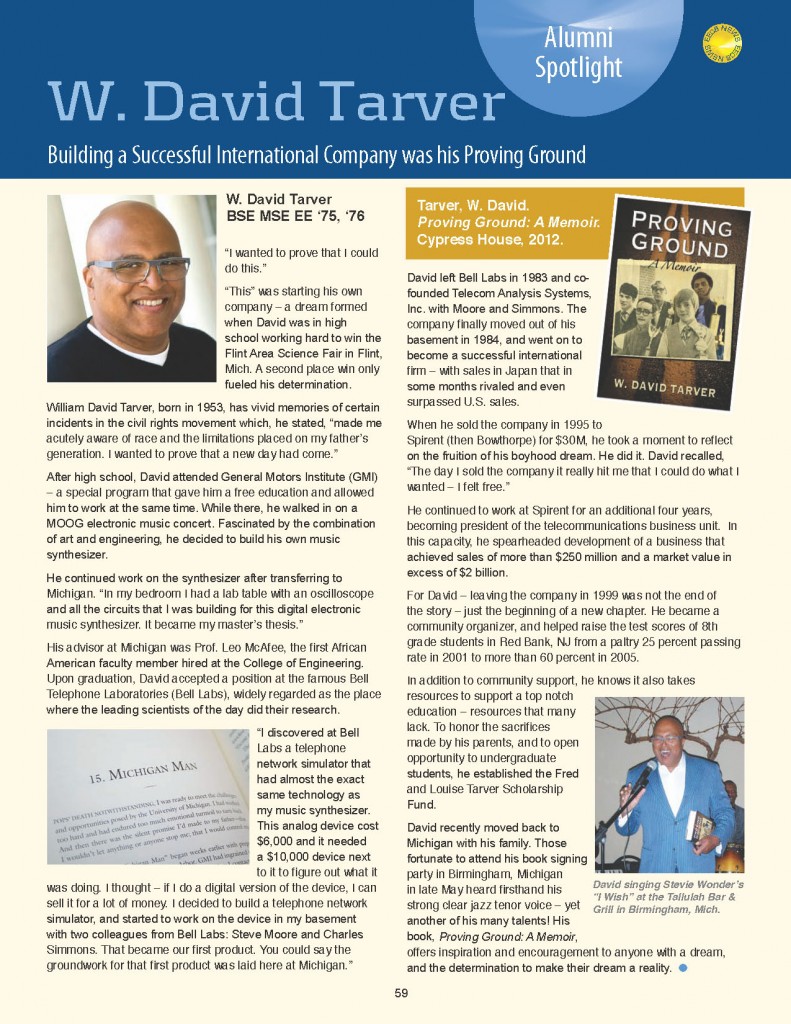