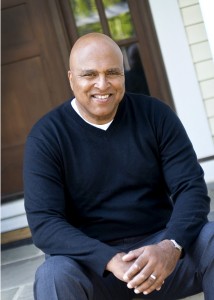 In 1970, I was an ambitious, eclectic high-school student who dreamed of starting my own company. Twenty-five years later, just before Thanksgiving 1995, I emerged from a Red Bank, New Jersey law office as a newly minted millionaire. I had just sold Telecom Analysis Systems, a technology company I started in the basement of my home, for $30 million.

My book, Proving Ground, tells the story of my journey from aspiring dreamer to successful entrepreneur. It answers the questions I asked myself as I emerged from the civil-rights era and the microcomputer revolution and began an entrepreneurial journey. Here are just a few of those questions: 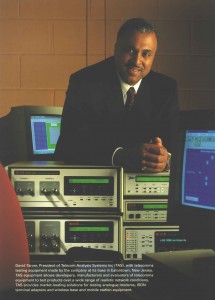 I walked away from a promising career at AT&T Bell Laboratories, at the time the world’s foremost research and development company, to begin my venture. No lucrative government contracts, angel investors, venture capital deals, or minority business development programs fueled my company’s success. My two black co-founders and I were on our own, knocking on doors in a mostly white world, with nothing between us and failure but our ability to invent, manufacture, and deliver superior products. With blood, sweat, tears, and fears, we created sophisticated telecommunications instruments and sold them in more than twenty countries. Ultimately, I discovered that the lessons I learned building a technology business apply to any venture—whether black owned or not.

I had something important to prove—to myself, to my colleagues, and to society. That is why I was willing to stake my career, reputation, and self-esteem on such an audacious quest. I wrote Proving Ground in order to inform, motivate, and inspire others who seek to follow their own entrepreneurial dreams.

Proving Ground is available in hardcover, paperback, and e-book formats.  Please click on the book image below to receive further information. 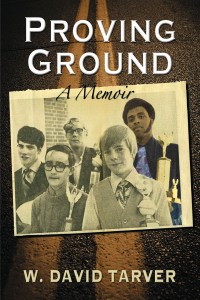