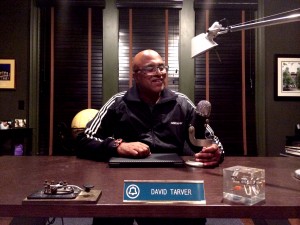 On October 6, 1963, President John F. Kennedy spoke outside the Flint (Michigan) City Hall Rotunda, right at the end of MY street – Sixth Street! A little over a month later, he was dead. A few months before that, the March on Washington and Dr. Martin Luther King’s seminal speech changed the face of this country forever — it seemed. Then, less than a month later, four little black girls were killed in a terrorist bombing as they worshiped in their Birmingham, Alabama church.

The year 1963 left an indelible mark on the individual and collective psyche of me and my contemporaries. The mark was so deep that I devoted a whole chapter of my book to that year, and I called the chapter — what else? — “1963.”

To mark the fiftieth anniversary of that momentous year, and to express gratitude to all of those who sacrificed so much to make my career possible, I have recorded an audio podcast of the chapter and made it available right here. So listen, enjoy, and let me have your comments, please. If you remember 1963, tell me what you were doing during those times. If you know the year only from your history lessons, give me your impressions.