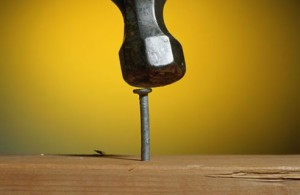 Earlier this week, the U.S. Supreme Court reversed the Sixth Circuit Court’s ruling and reinstated the State of Michigan’s ban on racial preferences in college admissions. This ban was enacted by Michigan voters in 2006 as a part of the Proposal 2 public referendum. For me, it was an anticlimactic decision that was simply the last nail in the coffin for affirmative action policies and procedures at the University of Michigan and other public education institutions. I’m still contemplating this development, and will have a lot more to say in a few days, but for now I’m studying the decision and the reaction to it. While I compose my coming article on the issue, I’d like to note three things:

My bottom line is that we have some huge fish to fry here in Michigan if we hope to recapture anything like our former greatness. That result will only be possible if we foster greater unity and engagement, rather than continuing down the us-versus-them path.

To read an excellent recent article regarding the diversity situation at Michigan by U-M professor Scott Kurashige, click here.

One thought on “Last nail in Michigan’s affirmative action coffin”