2015 was a year of anniversaries – some happy, some sad, some bittersweet. As each anniversary came and went this year, I made a mental note, but didn’t otherwise recognize it. Doing so distracted me from the flow of daily events, and besides that, it made me feel old. However, sitting here on the eve of the eve of a new year, I feel like collecting and recognizing these anniversaries. If you were a part of any of them, you know how special they were. 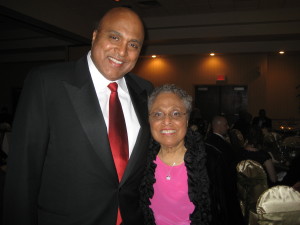 This is perhaps the most bitter of all the anniversaries. My mother was much more than a parent. She was a dear friend and companion, a trusted advisor, a role model. I miss her terribly, every day, and I regret that she gave so much more to me than I was ever able to give to her. She was God’s greatest gift, and I will spend every day for the rest of my life giving thanks for her love and example.

2014 – Founding of the Urban Entrepreneurship Initiative (one year ago) 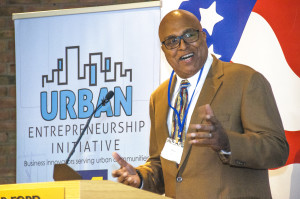 My beloved big sister Elizabeth Bernice (Tarver) Davis passed away on June 28, 2005. She was a multi-talented person: a registered nurse, an outstanding cook, a world-class singer. She and her husband Evans hosted the best holiday feasts, and everyone was welcome. She and my mother were especially close, and it was her passing that convinced me to move back to Michigan, because I wanted to fill at least a part of the void my mother felt.

Ever since seeing The Wiz on Broadway in 1977, I dreamed of performing in that show. In the spring of 2005, I read that auditions were being held for a production of The Wiz at the Count Basie Theater in Red Bank, New Jersey, I gathered all my courage and joined the ranks of the twenty-somethings (and younger) who were auditioning for a role. You can imagine my absolute glee when I was selected for the title role – The Wiz!  Now I won’t pretend that my acting was Broadway-ready. In fact, the nicest thing that the local newspaper review said  was that I was “an accomplished singer.” I’ll take that, I guess. It was, however, one of those peak experiences in life, and one I’ll never forget. I’ll also never forget practicing the role in front of my sister in her hospital room, just a few weeks before she died. That’s a memory that will remain with me.

In August of 2005, I produced a concert to benefit the Red Bank Education and Development Initiative. The concert was called “Jamaica on the Navesink,” and the star of the show was my dear friend, the Jamaican Jazz/reggae diva Karen Smith. I had the privilege of performing the opening act with an eight-piece band of local all-stars, and then Karen came on and brought down the (full) house. The concert was the first one open to the public in the brand new Two River Theater. Many of the people who attended said it was the best concert they had ever attended in Red Bank. The night was another one of those peak experiences for me, one that still reverberates in my head these ten years later.

After selling my company, I longed to get reconnected with my local community. In doing so, I noticed that the academic achievement levels and enrichment opportunities for kids in Red Bank, New Jersey were far less than what I and my peers had experienced in Flint. After conferring with some key community leaders, I decided to start an organization to remedy that situation, and the Red Bank Education and Development Initiative was born. In just four years, working with parents, teachers, administrators, and community leaders, we managed to make significant, lasting improvements.

In the summer of 2000, while on vacation in Jamaica, I met Kishna Arien Sharif. Four years later, she became my wife. As I have told anyone who will listen, she has saved my life, both literally and figuratively. She is an amazing human being, and I’m blessed to be able to wake up every day to see her and our amazing daughter, Nadiyah.

Creating Telecom Analysis Systems (TAS) was the culmination of my childhood dream to run my own electronics manufacturing company. After seven years working at AT&T Bell Laboratories, I started the company in the basement of my Little Silver, New Jersey home. I was joined by my co-founders Steven Moore and Charles Simmons. Little did we know in those early days that we would one day preside over a company that sold high-tech telecommunications instruments to companies all around the world. In November 1995, two days before Thanksgiving, we closed the sale of the company to Bowthorpe plc (now Spirent plc), a British company. I think of that day as a kind of “independence day,” because with the sale, I was free to pursue whatever else I wanted to do in life, without worrying about finances. That was a wonderful feeling.

My maternal grandmother, Elizabeth Bernice Hayden, lived with my family from the day I was born. She was like a second mother, and she was my secret weapon. She was always in my corner, my fiercest protector. She was the person who made me believe, from a young age, that I could do anything. In August 1995, just a month before her 101st birthday, she left this earth. My grandmother was the nicest, kindest person I ever knew, but also the strongest. When I think of what an angel must be like, her image is the one that comes to mind.

My firstborn, my beloved daughter Stacy, turned thirty years old this past June 23. On the day she was born, she tipped the scales at 7 pounds, 7 ounces (I have the picture to prove it!). That was the first indication that she would be a blessed, special person, and she has turned out to be that and more. She and her brother Aaron, who arrived four years later, have been a constant source of pride.

When I attended the President’s Tailgate Party at the first Michigan football game this past Fall, I was handed a name tag with a ribbon that said “40th Anniversary Year.” I was officially an old-timer, one of those people I used to feel sorry for, or simply ignore, when I was a student. I didn’t feel like an old-timer — in fact I felt more relaxed and energetic than I did in my student days — but let’s face it, 40 years is 40 years, and I almost surely have more anniversaries behind me than I have in front of me. The main thing is, I’m glad those student days are over, even if they were a long time ago. All that hard work and insecurity and angst — I don’t miss it at all.

I stayed at Michigan one more year after graduating to get the master’s degree, and then I was off to New Jersey to build my career. I never looked back.

So there, I’ve done it. I’ve been thinking about documenting these anniversaries all year, so much so that it’s kind of been tormenting me. Now that it’s out of my system, I’m ready to go out and enjoy a hearty New Year’s Eve celebration. I hope you are, too.