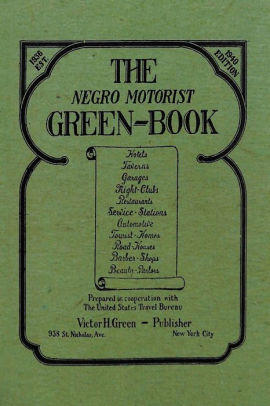 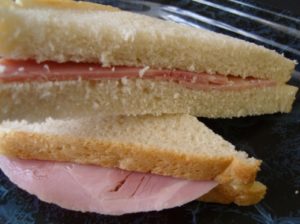 A few weeks ago, I saw the critically acclaimed movie, “The Green Book.” It told a side of the civil-rights struggle that even I, someone who came of age during that era, was unaware of. Yesterday, as I was walking through town reflecting on the movie, I remembered an article I wrote back in 2003 that recalled one of my own experiences with travel in the racially segregated South. The article makes clear that, while I as a child didn’t comprehend what was happening at the time, the experience had a profound delayed effect. The article, which was originally published in the Two River Times in Red Bank, New Jersey, is reprinted below.

A few years ago, when I was still living in Little Silver, New Jersey, I was sitting at my kitchen table enjoying a ham sandwich. It was a nice summer day, and a warm breeze was coming through the open kitchen window. I was home alone and was enjoying the moment. Suddenly, as I was eating the sandwich, I started to shake and cry uncontrollably. At first, I didn’t know why, but as I sat there sobbing, my mind began to replay an episode from my childhood. As the episode unfolded, I began to understand the reason for my emotional breakdown.

Thirty-five years prior to that afternoon in Little Silver, I was a kid growing up in Flint, Michigan. My grandmother lived with our family, and she helped to raise me and my siblings. During the summers, she would take me down to Georgia to visit the relatives. We would take the train all the way from Flint to Albany, Georgia. On one such trip, we boarded the train late at night and traveled first to Chicago, then to Birmingham, Alabama, and then on to Albany. This was during the time, in the late 1950s, when racial segregation still had a strong hold on the South. Upon arriving at the train station in Albany, I saw two drinking fountains, one labeled COLORED and the other labeled WHITE. Same for the bathrooms. My grandmother purposely went into the WHITE bathroom — she was a proud woman. In spite of my being worried for her, nothing happened.

Our train to Georgia made an extended stop in Birmingham, Alabama. During that stop, many of the passengers got off the train, but my grandmother and I remained on board. We were served lunch in a white box. The lunch choices consisted of fried chicken or a ham sandwich. I got the ham sandwich, and it was delicious. That meal was the high point of the journey, because it was so tasty, and because I was starving by the time we got to Birmingham. For a long time after that, I associated a ham sandwich with happiness.

Back to the future in Little Silver. As I sat there at the table recalling my childhood journey to Georgia, I realized something that had escaped me until just then. My grandmother and I were eating box lunches on the train because we were black. We weren’t allowed to eat in the restaurant inside the Birmingham train station! My grandmother had never indicated any of this to me — she just suffered the indignity in silence. The sudden realization of all this, some 35 years after the fact, is what caused me to break down in tears. I realized the sacrifices that she and so many others made so that I could sit at my comfortable kitchen table in Little Silver, New Jersey and enjoy a nice summer afternoon.

I don’t associate a ham sandwich with happiness anymore.

(Thanks to my editor at Two River Times, Eileen Moon)