On those infrequent occasions when I attend a funeral, I’m often struck by the same thing: even if thought I knew the departed, I’m amazed by the amount of new information and insight I gain from the obituary. My experiences with the now deceased person take on new meaning and context, and I find myself wishing we’d had deeper conversations while they were alive. “I wish I had known…”

Such was the case just yesterday. I wasn’t at a funeral, but I was searching the internet for information about the NYU instructor who introduced me to the art of memoir writing. Her class, which I took for the first time in 2004, started me on the long journey of producing the memoir, Proving Ground, that I finally published in 2012. I hadn’t heard from my instructor, Marion Landew, since July of 2015. At that time she emailed me best wishes in response to a notice I had sent regarding a Proving Ground book event I was doing in Flint. That was our last communication.

On January 8, 2017, I sent Marion a brief, personal email, the subject line of which was, “checking in.” I asked how she was doing, and whether she was still teaching her class at NYU. I received no response.

I started assembling notes and writing little snippets for Proving Ground in 2001. I was intent on writing a memoir to document the experience of creating a black-owned technology company “from scratch,” and in 2004, I decided it was time to get serious about the project. I found a class called “Writing Your Memoirs” in the NYU School of Continuing Education and Professional Studies (NYU SCPS) course catalog and decided to give it a try. I registered and showed up for the first class in New York City not knowing quite what to expect. The instructor was Marion Landew, a white woman of advanced age and soft-spoken demeanor. Most if not all the other students were white senior citizens. As we introduced ourselves at the beginning of that first class session, I learned that some of the students were taking the course for a second or third time and were firm believers in the class, or in Marion, or both.

Fast-forward to 2007. I was sitting in the “Writing Your Memoirs” class, myself a “second-timer.” I had benefited greatly from the first class, and in the intervening years had produced several draft chapters of my book. I was ready to further hone my memoir writing skills and start having others read and critique my work. I found the second time around even more helpful than the first, as we students read our work aloud in class and subjected ourselves to the opinions of Marion and our peers. Sometime during or shortly after that second course stint, I sought Marion’s help in professionally reviewing and editing my Proving Ground chapters. I was nervous about asking, but Marion agreed. At that point, I knew Proving Ground was really going to happen.

Five more years passed. After a lot of writing by me and editing by Marion and others, I finally finished the project. Proving Ground was officially published in July of 2012, but I had several book release events in the months leading up to the official publication date. One of the first such events was held on a delightful June evening at the Princeton Club in New York City. The hosts of that event were Marion Landew and her husband Mel. Eight years had passed since my introduction to Marion’s class, and during that time we had come to like and respect each other. Her and Mel’s hosting of my New York City book party was an incredibly gracious gesture.

It’s funny how time just flies by. The book party was the last time I saw Marion Landew. In the ensuing years, we kept in touch via email. Usually, the communication consisted of Marion responding to one of my email “blasts” with a brief, encouraging, message. When my “checking in” message in January 2017 didn’t get a response, I knew something was amiss. I looked for information about Marion’s course on the NYU website, but didn’t find anything. I did a Google search on her name. Again, nothing.

More than two more years pass. Last night, I did another search on the name “Marion Landew,” and this time something did come up: Marion Landew Obituary – Vauxhall, NJ | The Star Ledger. 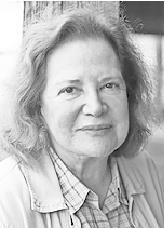