Walter Samuel McAfee was a giant in the field of physics, and his technical contributions laid the groundwork for satellite communication and space navigation. His theoretical calculations determined the feasibility of bouncing a radar signal off the moon. On January 10, 1946, as part of the Army’s Project Diana, an experiment confirmed his calculations. This achievement is regarded by many as the beginning of the Space Age.

Dr. McAfee’s groundbreaking enabling contribution to Project Diana was not recognized until the twenty-fifth anniversary of the project, in 1971. That lack of early recognition did not hinder Dr. McAfee. He earned a Ph.D. in theoretical physics from Cornell University in 1949. In 1956, President Dwight D. Eisenhower personally presented Dr. McAfee with one of the first Secretary of the Army Research and Study Fellowships, which enabled Dr. McAfee to spend two years studying radio astronomy at Harvard University.

I strongly encourage you to read about the legacy of Dr. Walter McAfee presented by Monmouth University (below), where he lectured for years in atomic and nuclear physics and solid state electronics. As you read, consider the contributions that black scientists have made, even at a time when those contributions were not fully recognized by society.

As I noted above, Dr. McAfee’s nephew, Leo C. McAfee, was one of my electrical engineering professors at University of Michigan. In fact, Leo McAfee was the first black professor in the U-M College of Engineering. I devoted a full chapter to him in my book, “Proving Ground: A Memoir.” The chapter is titled “No-Plea McAfee,” and it tells the story of how Professor McAfee assigned me “the highest B+” in his electronics course, despite my plea for “the lowest A.” I respected his honesty and integrity for assigning me that B+, and we went on to become tennis partners, friends, and colleagues.

The McAfee family, I learned later, is full of high academic achievers, but they are also quite humble. Perhaps that is why Professor McAfee never told me about his accomplished uncle when I moved to New Jersey in 1976. Here is how I learned about the achievements of Dr. Walter S. McAfee. One day in 1995, I received a call from Leo McAfee informing me that he was coming out to New Jersey. He said that Fort Monmouth was dedicating a building to his Uncle Walter, who had recently passed. I ended up attending the ceremony at Fort Monmouth, and it is there that I first learned about Dr. Walter McAfee’s accomplishments. Thereafter, I learned that the seat I occupied on the local hospital board had been his seat. I learned too, from the proprietors of my Long Branch barbershop, that he had been a regular there. I was filled with regret that I had not known about this man, had not met him, though our paths had crossed in so many ways.

I often remind students that black folks were capable of playing sports at a professional level long before they were allowed to join the NBA and the NFL. The problem wasn’t ability, it was access. Similarly, blacks were contributing their scientific expertise long before they were fully recognized for doing so. The career of Dr. Walter S. McAfee is a stark reminder of that reality. 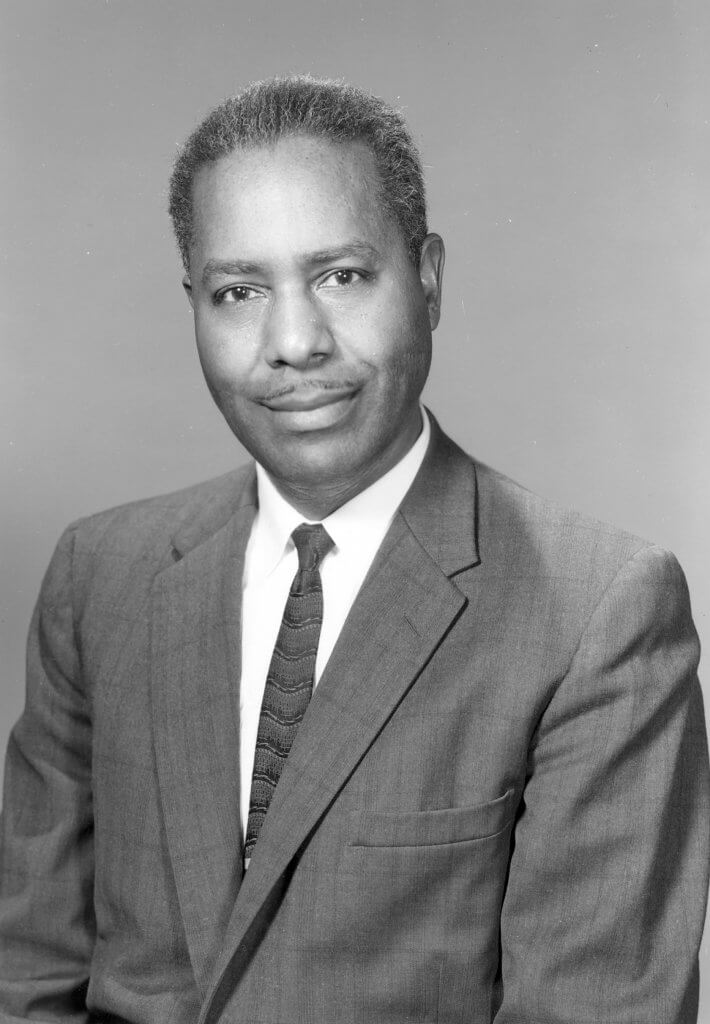 Honoring the Legacy of Walter S. McAfee ’85HN | Gift Support | Monmouth University
As McAfee’s academic home for nearly two decades, Monmouth University seeks partners to honor his legacy in service of our mission to educate and prepare students to realize their potential as leaders and to become engaged citizens in a diverse and increasingly interdependent world.
Share

One thought on “A Hidden Giant”